“In the Outback, water is gold. Therefore, the GeoPress was seriously a lifesaver. Across Australia, we took from waterholes, bores, and cattle station tanks, and we never had to wait to drink because the GeoPress was crazy fast and 100% reliable. Thank goodness!”


Ten years after my record run across America, I set out on July 13th for an epic run across Australia — from Darwin in the north to Adelaide in the south. And on Nov 8th, after running 30 miles a day for 119 days for more than 2,210 miles, I finished my epic! Why? To inspire others to never let fear stand in the way of pursuing a dream.

Rather than rely on vehicle support, my husband Henley Phillips pedaled a 350-pound bicycle plus trailer with all our food, water, and gear. It made the journey the first-ever bicycle-supported transcontinental run across any country. We camped each night under the huge Aussie Outback sky, carried enough food and water for 10-17 days at a time, and stuck to back dirt roads through Australia’s Red Centre. Together, we persisted and survived across this incredibly vast, desolate, quiet, sandy, dry, complex, remote, captivating desert country that is currently experiencing its worst drought in seven years! During our time in Oz, we spoke at schools along the way, met Aboriginals, and were featured on national Australian and American media such as NPR Morning Edition. To boot, I became the first person to run dirt roads across Australia, and the only woman to run through the Red Centre. Besides a stress injury in my left foot and a strained groin muscle, I'm doing remarkably well physically after the feat. Emotionally, I’ve been collecting my feelings and thoughts bout what it’s like to finish something huge — a life-long dream in fact! And then move on to re-enter a new reality. It’s a complicated transition, yet just another adventure in different form. 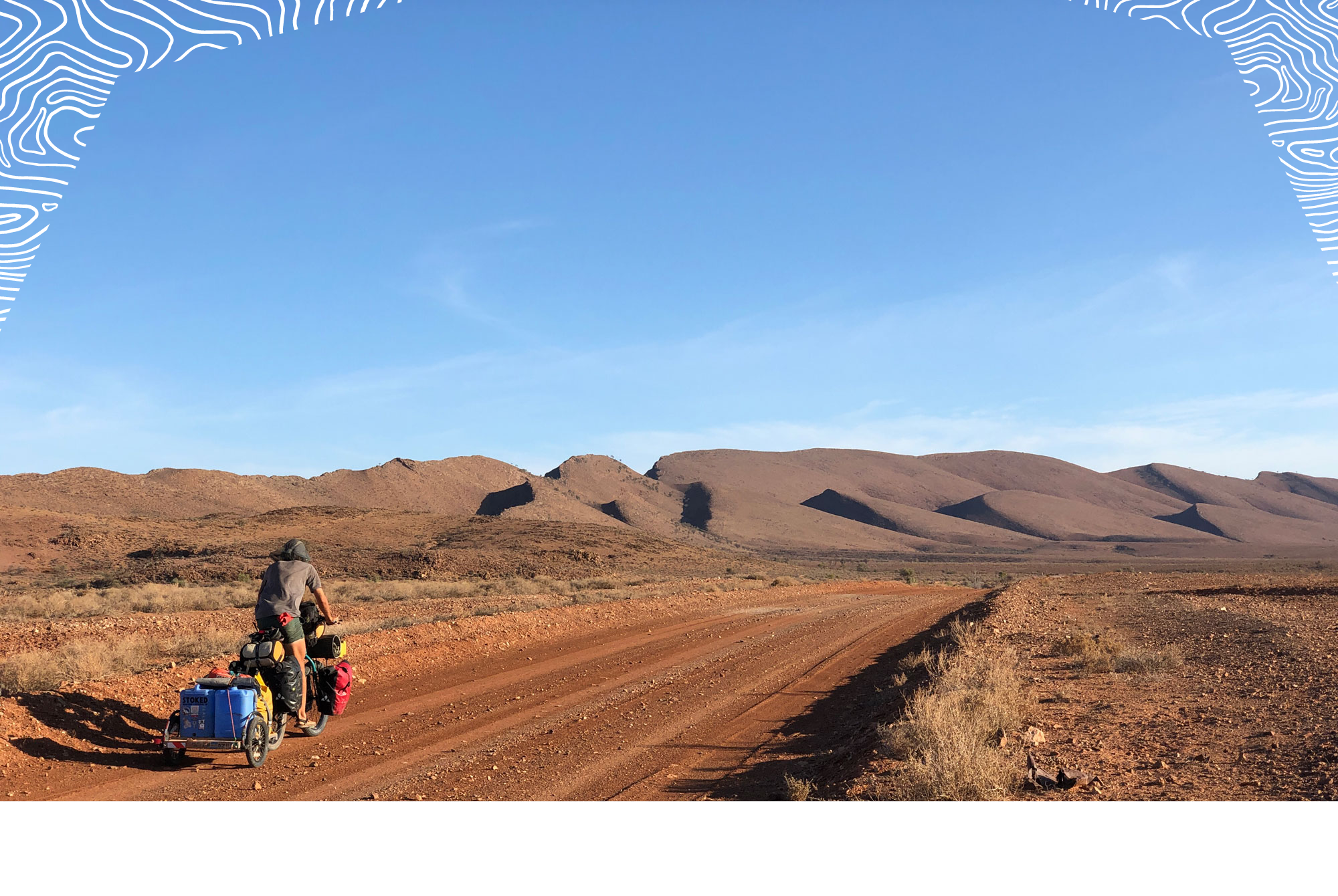 From the very beginning stages of planning the run across Australia, Henley and I knew we wanted to be 100% human-powered, without the support of a motorized vehicle as is common for transcontinental runs. It was Henley's idea to support by bicycle and a logical choice given our daily decisions and thoughts on sustainability. When not on adventures, we commute and get around by bicycle and we strongly consider any purchases that create waste; we reuse old peanut butter jars for bulk food purchases, and we shop at used gear stores when our ragged clothes become too threadbare to be seen in public. There were several times during the run that we seriously questioned the bikes ability to effectively and safely support us both in the remote deserts of the Outback. We could have used a lot more creature comforts to aid in recovery at the end of some excruciating days, but often these comforts couldn't be accommodated on the bicycle, which already weighed upwards of 350 pounds.

On one occasion at the edge of the Simpson Desert, together we pushed and dragged the bike for two days through sand and intense heat. This made us thirstier, which required more water, which made the bike even harder to drag through soft sand, which makes us even thirstier. Ideally we would have had more water to spare, but every day we were closely counting the liters to make it to the next resupply where water would be available.

Despite the enormous added difficulty, in the end we stuck with bicycle support because it was a decision that felt true to our values. Apart from our own sense of pride, we also wanted to achieve a fully human-powered expedition as an example to others. If sustainability and your impact on the Earth is important to you, as it very well should be, then you have an incredible opportunity to live those values even if you're on holiday or taking on a big personal challenge in the outdoors. You don't get a pass just because it's adventure time.

Purifying water with the GeoPress.

Could you give us some context on where you found water during the trek? Did you always purify the water through your GeoPress?

Across Australia, most of the time we found water from bores, which are basically small wells. Most city people in Australia would warn us not to drink the water from bores, but the locals said it would be no problem, just calcium-rich or salty. We had no problem with bore water, and the water that tasted particularly mineral-rich or salty, we pressed through the GeoPress. The other half of the time we would load up with tap water in the few communities we passed through. Town water was also hit or miss because it would sometimes be piped in from hundreds of miles away. People would warn us not to drink it in case a wild animal died in the pipes, so in this case we drank it anyway, but only after pressing through the GeoPress. Basically, our rule of thumb was, “When in doubt, GeoPress.”

Was there a moment when the GeoPress wowed you on the run or was a lifesaver because clean water wasn’t available?

The most useful occasion for having the GeoPress was when we came across a natural water hole (Eringa Waterhole) in the middle of the parched Outback! Aboriginal people would drink right from it, as we watched some do, but Westerners would need to purify it first. Of course, we "GeoPressed" and were saved! In general, and I’m not exaggerating, the GeoPress wowed us every time we used it because of its speed. Every time I would imagine the alternatives for purifying water, and would feel so grateful that we could have clean water in an instant using GeoPress. 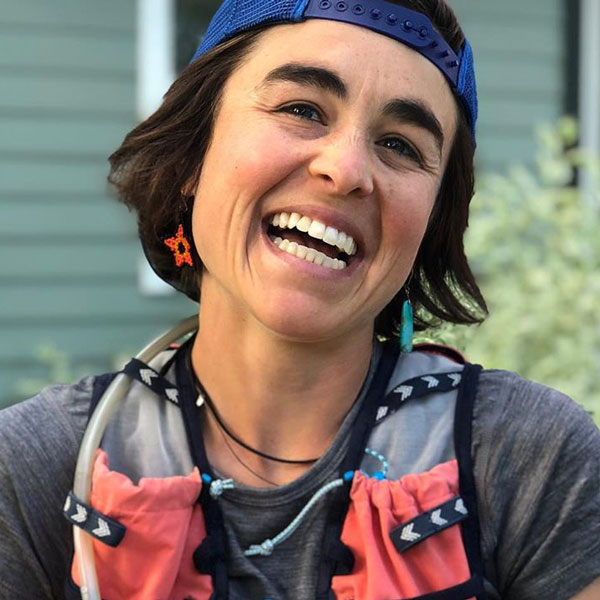 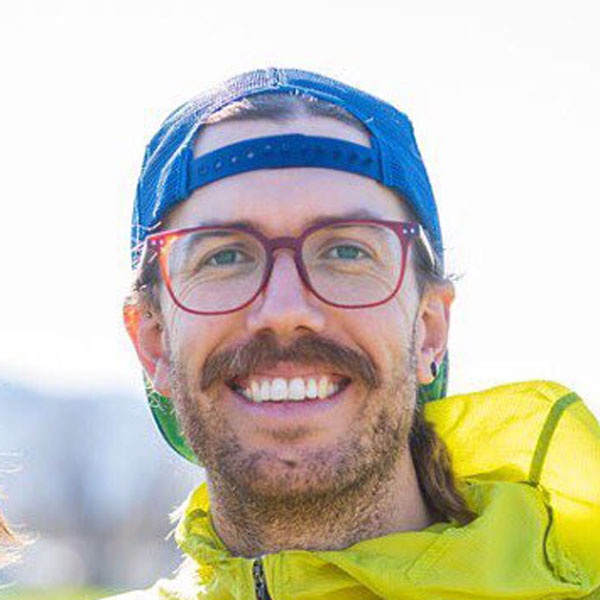 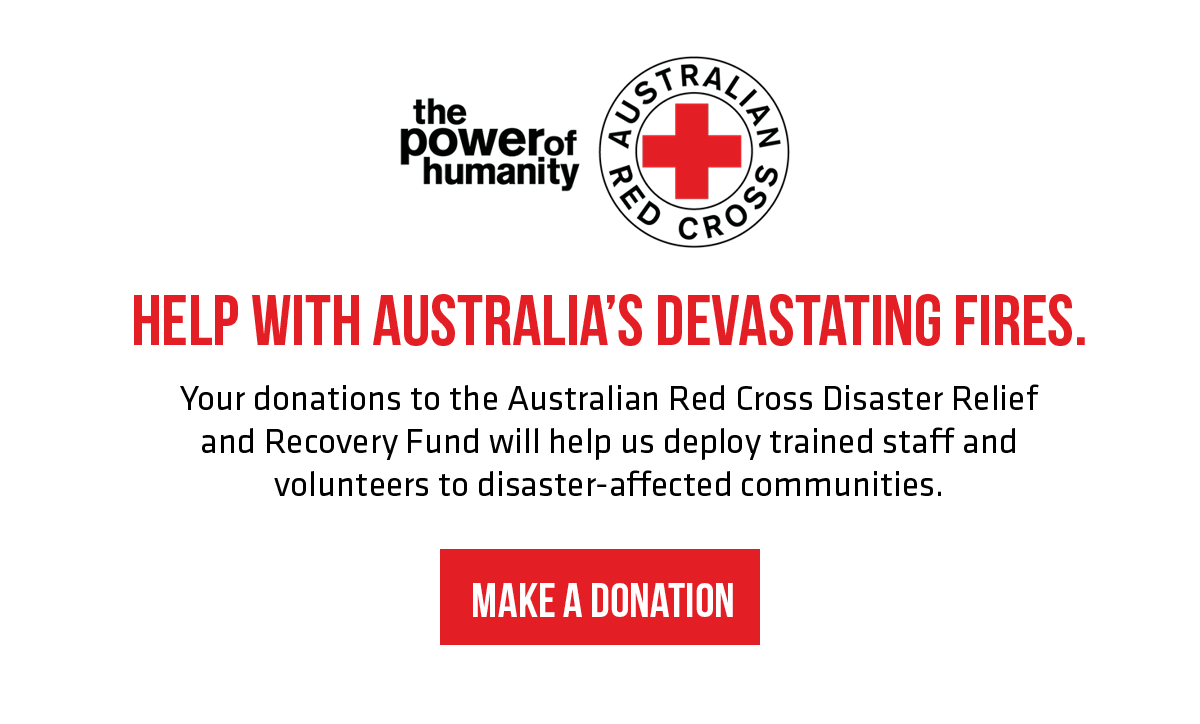